Get Ready for Superbowl LVI 2022 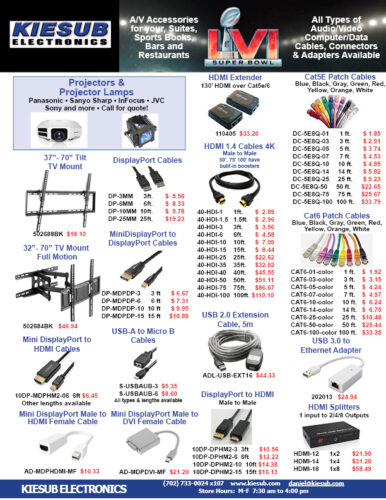 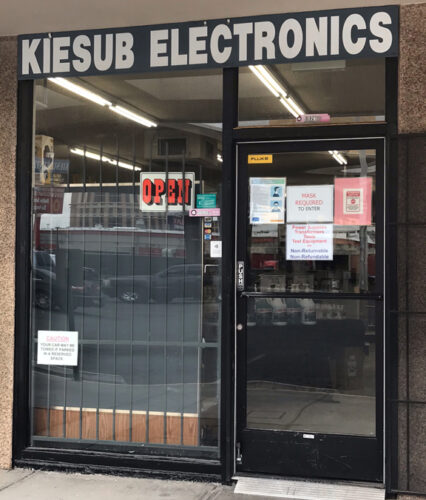 Fry’s Electronics has closed all of its locations.  If you shopped at Fry’s in Las Vegas, you may be wondering where to buy your electronic parts and computer networking products, including Cat5e/Cat6 patch cables, bulk wire, RJ45 connectors, tools, and fiber optic cables. We stock these items here at Kiesub Electronics.  Visit us at our store If you are looking for fuses, NTE parts, switches, cooling fans, semiconductors, capacitors, resistors, relays, heat shrink tubing, hook-up wire, and much more.

We are a walk-in Electronic Parts store, and we have been in business in the same location off of Highland and Desert Inn in  Las Vegas for nearly 50 years.  We are open Monday through Friday, 7:30 am to 4:00 pm, both to working technicians and the public.  We are one of the largest wholesale distributors of Duracell and Energizer alkaline and rechargeable batteries in the Southwest.

We are “old school”.  We are “face-to-face” people.  Our salespeople have an average of 30 years working in electronics stores.  Similar to Fry’s Electronics, most of the items that we carry in our store are not on our website.  We don’t have refrigerators, TVs and vacuums like Fry’s Electronics, but come on over to see our incredible selection of flashlights, hand tools, Klein Tools, Makita power tools, tool cases and backpacks, tool holsters, Pelican cases, Fluke test equipment and accessories, Neutrik audio connectors, Hakko and Weller soldering stations and accessories, solder and soldering tools, audio and video cables, connector and adapters, surveillance camera cables, cable ties, Velcro wrap ties, spiral wrap, expandable sleeving,

Our inventory on these items surpassed Fry’s Electronics inventory here in Las Vegas for many years.  We were here before Fry’s, we’re here for you now, and we are not going anywhere.  Hope to see you soon.

This is our Fireworks Topper Sign, designed and built by Kiesub Electronics.  It is bright and colorful, and attracts a lot of attention at the casino that installed it.  This sign was built to mount on top of slot machines, but can be used anywhere.  Custom-built, the design can be adapted using your text and graphics engraved into the edge lighted sign.

As the colors and patterns of the “firework” tubes dance and change, the colors of the graphics change as well.  We manufacture these signs here in our Las Vegas facility. Colors and patterns are pre-programmed by our engineers to elicit the most spectacular effects.   Contact us to see what we can design for you!

|
Kiesub Electronics, in partnership with CNC Lightshapes, can help you design and build many types of LED lighting projects.  LED technology is explained here, and some of our projects are shown here in this short video. We have built LED lighting for the Rolling Stones slot machines, LED panels for curved panels in the Purple Zebra Dacquiri Bar, and many more signs and graphics projects.  Contact us  for help with your LED project today.

How to Test PoE for IP Cameras by T3 Innovation 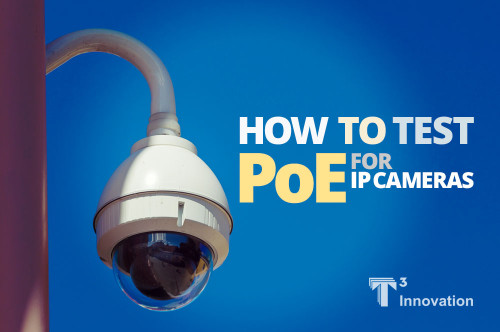 The following is a guest post from Bradford Whipple, brought to us by T3 Innovation, maker of the Net Prowler™ Cabling and Advanced Network Tester.

I install quite a few IP cameras regularly. When possible, I power the cameras with what is called POE, or power over ethernet. This comes in handy, because both your power supply and your data can travel over the same Cat 6 cable. In order for this to happen, you obviously need a POE capable IP camera, but you also need a POE switch or POE injector. There are some reasonably priced POE switches on the market, but if you have multiple cameras on one POE switch, or use stranded Cat 5 cable rather than say solid copper Cat 5e or Cat 6, you may have some issues. The Net Prowler has a really useful feature to test PoE for IP cameras, where you can connect your IP camera’s network cable to your Prowler, and actually test the POE switch. The Prowler detects if either POE (max 12.95 watts) or POE+ (max 25.5 watts) is present. If either is detected, the Prowler actually tests the voltage under minimum and maximum current load, and displays the results. The sample test shown above is identifying a POE connection with Mode A (using pins 1 and 2 for the positive voltage, and pins 3 and 6 for the negative voltage). POE has a maximum of 12.95 watts and is providing 46.1 volts under minimum load, and 45.1 volts at maximum load. The fact that the voltage is displayed in red, indicate a possible low quality cable such as aluminum clad, or even a long run with a stranded cable versus a solid copper cable. The Prowler also identifies the connection status, as well as the link capability status. In this case, it is connected at 100Base-TX, with a link capability of 1000Base-T.

You may ping your router from anywhere within your network to test your connection to both your local network, as well as the internet. This is a huge help to troubleshoot connection issues, including bad or intermittent connections through a specific switch or hub. The Net Prowler even gives you the option to select the IPv4 (internet protocol version 4), or the newer IPv6 (internet protocol version 6). This helps to future-proof this device, as there are no more available IPv4 addresses left to distribute, so eventually, we will be forced to move to IPv6 addresses to satisfy the demand.

Verifies DHCP & DNS /  CDP, LLDP, and VLAN detection
The Net Prowler can also perform DHCP server discovery and DNS discovery. If your network switch supports LLDP (link layer discovery protocol), or CDP (Cisco discovery protocol), the Net Prowler will display the information on the display as well. If your switch supports VLAN (virtual local area network), VLAN subtype and ID will be displayed as well.
Network Mapping List
Another very helpful feature for any network professional, or any homeowner setting up his/her own network is the Network Mapping. Connect the Prowler to any network switch, router, or hub, and activate the network mapping mode. The Net Prowler uses Name Directory Service (NDR) to ping and identify the ip address, the mac address, and the name of the devices on the network.

“My Favorite Flashlight”-Quotes from people who use them 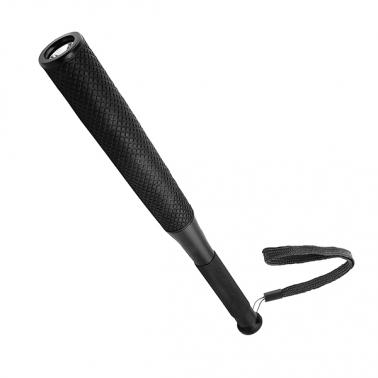 My favorite flashlight is the Nebo BAT-Light. The bat shape and almost 2 pound weight gives me a means to strike back if attacked. I really feel I have a means of self-defense while carrying it. Besides, it’s an incredibly bright light: -long distance range, and that strobe light is very powerful.  It comes with good Duracell batteries which seem to last forever.

I love it so much that I even bought several for my daughters and their friends.

How to Save Money by Installing LED Lighting

LEDs (light emitting diodes) are semiconductor devices, which when energized provide illumination. They are extremely energy-efficient, and can be used to replace incandescent, fluorescent, halogen, CCFLs, neon, and pretty much any type of bulb. LEDs have increasingly been used for headlights and taillights in cars, reading lamps, emergency aisle lighting in planes, floodlights and many other applications.

Kiesub Electronics designs, manufactures and sells LED strip lighting for less common uses: illuminating slot machines, lighting up soffits, display cases, under counters and bars, and refrigerated coolers in stores.  Watch our video showing the many LED installations and projects we have done in Las Vegas.

Because of the long life and low battery consumption of LEDs, Kiesub also offers our customers with a large variety of flashlights of different sizes, illuminating capacities, body connections and prices.

The energy savings resulting from the replacement of incandescent lamps by LEDs in slot machines has been enormous. Kiesub estimates that the LED panels sold to casinos have saved enough electricity to power more than 30,000 homes per month.  This savings in energy occurs year after year and continues as long as the LEDS are used.

GO GREEN and GET GREEN

A truly great benefit of installing LEDs is that the user makes money while saving on power bills. Go Green and Get Green (make money) has been a common experience as many utility companies offer rebates for converting to LED lighting.  Some LEDs sold by Kiesub result in a return of the entire initial cost in less than a year. Kiesub has developed software to calculate the annual Return on Investment based on the user’s own specific needs and assumptions.

Replace CCFLs and Bypass Inverter Board with 5mm LED Strip

Slot technicians at Las Vegas casinos have found a cost-effective way to illuminate monitors in many of their machines.  They have found that using thin strips of self-adhesive 5mm LED strips can replace the CCFLs.  LED strips are less expensive than using rigid LED bars, which can cost up to $30.00 each.  LED strips are sold by Kiesub Electronics in a 5 meter (16.4ft) reel for $55.00, which brings the price to $.29 per inch.  This can be up to an 80% cost savings by using LED strips over the rigid bar.
Color: Pure White
Voltage: 12V
LED: 3528
120 LEDs per meter (total 600 LEDs)
Self-adhesive tape
Click here to order.
In stock now!

Our designs for slot machine lighting are a joint design partnership with CNC Lightshapes.

Advantages to LEDs over conventional incandescent and fluorescent lamps:

How to Clean Shure Microphones